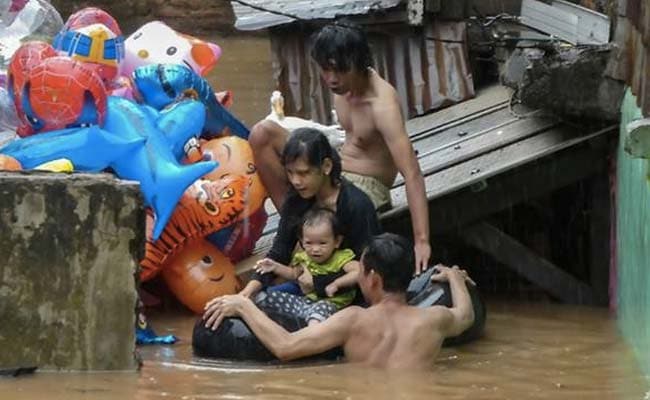 At least 67 people in Jakarta and nearby cities were killed in flood.

Jakarta’s governor has been hit with a lawsuit filed by residents of the sprawling city after torrential rain sparked floods and landslides that killed dozens and left thousands homeless, a lawyer said Tuesday.

More than 200 flood victims are seeking a total of 43 billion rupiah ($3 million) in compensation in the class action, which was filed Monday in Jakarta district court.

The suit claims Governor Anies Baswedan was responsible for failing to provide the megacity with a proper early-warning system and effective emergency measures to minimise deaths and financial losses.

The city’s legal bureau did not immediately respond to a request for comment.

“This should serve as a lesson for local government elsewhere to be more aware of disaster mitigation,” lawyer Alvon Kurnia Palma told AFP.

“If this happens in Jakarta, where the central government is located, it could happen anywhere,” he added.

The disaster caused at least $72 million in damage and monetary losses, according to business lobby the Indonesian Indigenous Entrepreneurs Association.

Whole neighbourhoods in the capital — a megalopolis home to around 30 million people — were submerged by floodwaters that forced tens of thousands into temporary shelters after torrential rains that began on New Year’s Eve.

It was the city’s deadliest flooding in years, with Indonesia’s disaster mitigation agency saying downpours that sparked floods and landslides were the heaviest in the capital since record-keeping began in the 19th century.

At least 67 people in Jakarta and nearby cities were killed, with floodwaters reaching up to the second floor of some buildings after rivers burst their banks.