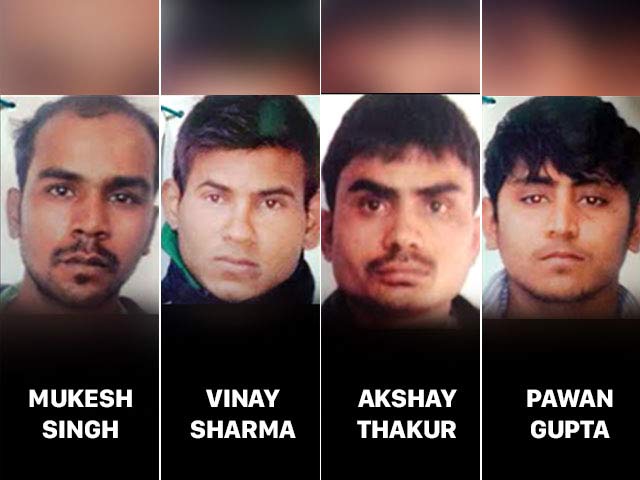 Mukesh Singh — one of the four convicts in the Nirbhaya case whose execution is just a week away — has filed a mercy petition to President Ram Nath Kovind. Unless the appeal is accepted, he, along with three other convicts in the case, are to be hanged at 7 am on January 22.

The three others are yet to file any petition to the President.

Mukesh Singh and Vinay Sharma’s last legal appeal against their death sentence — a curative petition — was dismissed by a five-judge bench of the Supreme Court today.

The bench headed by Justice NV Ramana said “no case can be made out within the parameters indicated in the decision of this court”.

In their appeal, the convicts had asked for a stay on their execution. They had also asked for an oral hearing, instead of the in-chamber hearing according to procedure. The judges had rejected both appaals and dismissed the petitions.

Last week, a Delhi court passed an order for execution of the men and set the date. The four, along with two others, are responsible for the horrific rape of a 23-year-old medical student six years ago, which shocked the country and led to multiple changes in the legal and security system.

The woman and her friend were attacked on the evening of December 16, 2012, lured into a private bus in posh south Delhi. Only six men were present in the bus– two of them were the driver and the conductor. The men gangraped the woman for hours and tortured her with an iron rod. Her friend was beaten up and the two were thrown out of the bus, naked and bleeding.

After fighting for her life for 13 days, she died at a hospital in Singapore on  December 29.

The main accused in the case, Ram Singh, was found hanging in his cell in March 2013.

The sixth man, who was just a few months short of 18 years when the crime was committed, was released after three years at a reform home.